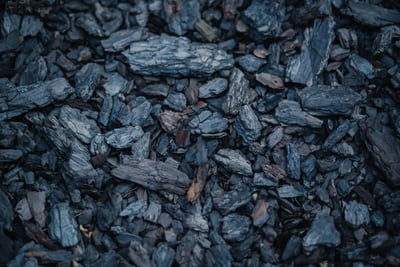 It is a new blog about the latest heart-breaking news of America that focuses on the fact that America’s ‘King of Coal’, who was Chris Cline, was killed in a helicopter crash in the month of July. The accident of the helicopter on which he boarded took place near the Bahamas. It was crashed into pieces that caused the unalarmed death of Mr. Cline.

Chris Cline was 61 years of age, and he was the founder of the Foresight Energy which is one of America’s largest coal companies. He was among the seven people who died the same way of the helicopter crash when it had en-route from the Bahamas to Fort Lauderdale in Florida.

About the Death of Mr. Cline

As per the reports suggests that he was a billionaire philanthropist and was even the major donor of Republican in the election of 2016. He gave the huge amount of $1 million to the political action committee of Jeb Bush. Later at the inauguration ceremony of Donald Trump, he donated $ 1million.

West Virginia’s Governor, Jim Justice confirmed the death of Mr. Chris Cline after few hours of the crash. The Governor of West Virginia delivered the news with the message that he lost a WV superstar and a very close friend, continuing stating that their families were related from the beginning of the Cline empire-Pioneer Fuel. He concluded acknowledging Mr. Cline as a great, wonderful, loving, and giving man.

Mr. Cline was known as the King of Coal, where he started his career working as a miner in the year 1980, thus following the footsteps of his father and grandfather who worked underground throughout their life. Then after ten years, he founded an energy development company, known as the Cline Group. He founded the Foresight Energy based at St. Louis in Missouri in the year 2006. The company at its peak worth $2.6 billion.

Incident of the Death of Chris Cline

Mr. Cline was highly famous for his Philanthropy in West Virginia which includes the donation of several million dollars to his alma mater, Marshall University, where a complex of athletics was named after him. As per the statement of the Police Force of the Royal Bahamas, Chris Cline’s helicopter took off from Big Grand Cay which was around 2:00 AM on Thursday and it was reported to be missing 50 minutes later the flight as it failed to arrive at its destination within the scheduled time.

The helicopter was found to be overturned while the crash and was later discovered in Walker’s Bay in the Abaco Islands which is around 2 miles away from its departure point. The Bahamas Police did not reveal the name of the victims and only reported that four women and three men died in the crash. The Palm Beach post named two of the other fatalities as the youngest daughter of Mr. Cline, Kameron and her friend, Brittney Searson.

The death news of Mr. Chris Cline broke as thunderstorm among the Americans as they lost one of the famous philanthropist and a kind-hearted personality. It was not only a social loss, but also a political, industrial, and financial loss for the entire nation. The entire nation mourned his sudden death due to the unfortunate helicopter crash.

The Government has already initiated the procedures of investigating the cause of the chopper crash. It is expecting the earliest response and the revelation of the correct cause of the crash and is in an attempt to take further steps regarding the results of the investigation. The business world is assuming for an unstable situation in the economic status of America on the sudden death of the Billionaire and the founder of Foresight Energy.

View all posts by fromhiskitch5